Below are the opening lines of some books and other publications translated in recent years. 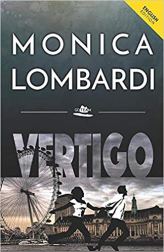 Maceiò is neither Rio de Janeiro nor São Paulo. It’s the capital of the state of Alagoas, a place where people live off agriculture or the few tourists that show up. It’s considered an uneventful city, compared to Brazil’s metropolises.

However for her, it was the world’s sewer.

There were favelas where poor people lived in Maceiò too, but they were smaller than the ones in Rio she’d seen on television. Maybe that’s why they seemed sleazier, even more hopeless.

The same as her life after her father died five years before: hopeless. It had been a shock for her mother to find herself having to maintain two kids on her own but soon she decided that relying on men was easier than finding a job, those were harder to come by. There’d been a succession of men in her bed—indefinite fixtures, ghosts in the night—until he arrogantly took a place that wasn’t his in what was left of their family. 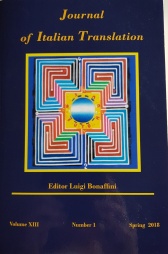 King Solomon’s Scepter and the Queen of Sheba’s Crown

The church bells of Poppi rang with celebration calling the faithful to Christmas Eve mass, while the bells of all the other hamlets and castles built on the bare mountaintops of the Casentino responded to the invitation. The clanging rose all the way to the hermitage at Camaldoli and the peak of La Verna, and it was so loud it seemed to come from every direction.

In a house in the tiny village of Farneta on the road to Camaldoli, the Marcucci family was gathered in the kitchen under the low, broad hood of the fireplace that extended almost halfway into the room. A heavy beech log crackled and sizzled on the hearth, which was truly enormous. How else could it have held such a great number of souls?

The old head of the Marcucci family had died but his wife, Regina, or La Regina as she was known, survived him. She sat in the fireplace surrounded by their five sons, each of whom were married except for the youngest, Cecco. He had just returned from military service and still proudly wore his artilleryman’s uniform. 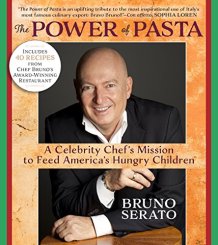 HOW IT ALL STARTED

“Excuse me, Bruno. Do you remember me?” I studied the friendly features of the young man as I prepared to serve pasta at the Boys and Girls Club of Anaheim in California. His dark eyes were filled with hope.

The room was buzzing with excited, mostly elementary school-aged children who could hardly sit still. It was five o’clock in the afternoon and we were about to dish up the steaming pasta my assistants and I had brought from the restaurant.

I speak to a lot of people during an average week and he’d caught me by surprise. There was something familiar about his face but I couldn’t place it. “I’m sorry, no,” I replied.

He put out his hand and his face brightened. “It’s me, Billy,” he said. “I was one of the first kids you served.”

That day—April 18, 2005—came rushing back to me and the memory of how one boy changed my life filled my heart to overflowing. “Oh my God!” My hands covered my mouth in shocked surprise. “It’s great to see you, Billy. How are you?” I knew the answer just by looking at him. Gone were the dirty clothes and the worn shoes. Here was a handsome young man, ready to take his place in the adult world. His hair was neat, his shirt was tucked in, and he stood up straight and tall. He told me with pride that he’d graduated from high school and was working full time for the Boys and Girls Club. He hugged me and thanked me for making a difference in his life, then went back to work helping the younger kids. Tears stung my eyes. If only my mom could have been there. 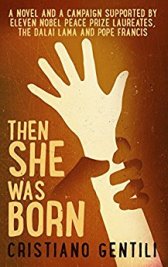 The mother’s body broke open to make way for the baby’s entry into the world. Wild cries traveled beyond the sheet-metal door of the mud hut and into the crowded courtyard on Tanzania’s flat scrap of an island. Ukerewe was a jubilant explosion of greens—from apple to emerald—framed by the rich blue of Lake Victoria.

Sefu—the father of the newborn—looked beyond the virile, though softening, sun. He considered the great bounty, the brawny progeny it had produced. That sun, too, would rest for the night. He imagined his son being born before the Spirits’ sun sunk into the vast water. He thought of how everything was as it should be. It was almost sunset, and the cool air soaked in reddish light from the day’s final rays. Soon, too, our golden crown will shine, our own sliver of the starry canopy, thought Sefu as he waited outside the hut.

More time had passed and the sheet-metal door remained firmly shut. It was the beginning of the rainy season so the weather was unstable and capricious. Sefu smelled the unmistakable scent of rain. He sensed that the darkness of night’s first hours, assisted by monsoon winds, would coax heavy clusters of cloud that had been formed from the Indian Ocean. Water will be dumped onto the land by the rise of the next sun, he thought.

At last, the door to the hut opened. A woman gestured to Sefu. He could now enter. The courtyard grew quiet. He crossed the threshold, and the smile he’d worn since hearing the child’s birth cries vanished. 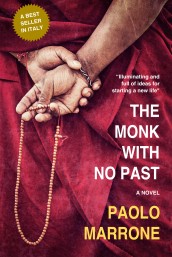 I had dreamt of visiting New York for years. I have always loved traveling and on earlier trips across the Atlantic I’d visited a number of cities, such as Los Angeles, Miami, and Tampa but, apart from a short layover once at JFK, New York was still on my list. The States hold special fascination in the hearts of Italians and to visit America is a collective dream.

That summer I decided to treat myself to the Big Apple, the city that never sleeps. I couldn’t wait to lose myself among the streets of Manhattan, go shopping, admire the majesty of the Empire State Building, have dinner in a typical restaurant with a view of the Brooklyn Bridge.

It would be a solo trip. I had recently come out of a long-term relationship—we’d lived together for ten years—and I’d spent the last three months trying to put the pieces of my life back together. Now, all I wanted was to lose myself in a trip that would help me clear my mind, a sort of reset. I wanted to start a new chapter in my life with renewed enthusiasm. I needed a new outlook, and surely the distance from the places I knew would offer the detachment I needed to see it all from a fresh perspective. 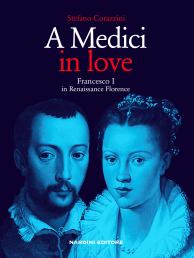 Surely it was not easy being a Medici. Despite the power, the money, the grand palaces, and family status, there were many obligations and compromises a man had to accept. And Francesco I gives us a glimpse of that world: a man who lived his entire life making comparisons and clashing with his role, his personality, and his passions.

Raised at court and tutored b the best teachers, Francesco understood early on that he could not escape from the etiquette and obligations imposed by his family. As the first male child and heir to the titles of Duke of Florence and Grand Duke of Tuscany, he knew that the prestige of those titles came with a price and that everyone expected from him integrity, commitment, and attention to the established rules. We can imagine that growing up he became aware of the need to have a strong and purposeful character to maintain his position of privilege but, as his father repeatedly pointed out, he did not possess those qualities. Instead, his determination was directed toward science and the study of alchemy that impassioned him from the time of his youth, and the woman–Bianca–who he loved deeply. 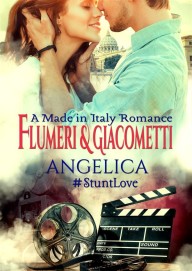 Angelica peeped through the narrow opening. It was almost time. She had studied every single detail, and yet her heart was pounding furiously. Air. She felt she needed air. She took a long, deep breath. There could be no mistakes. It was all up to her.

“Are you sure you can do it?” said the tall, blond, athletic guy who walked up to stand next to her. “You know what you have to do, right?”

Angelica turned toward him. Antonio. She nodded. “Hand me the gel. There’s no way I’m backing down. Not now.”

He passed her the jar. “Go heavy with it on your face. You still have to be careful.”

She flashed a tense smile. “Don’t worry, I’m not afraid.”

Antonio shook his head. “You know, he’s not going to be happy about this.”

She shrugged. “He’s never happy with anything I do.” 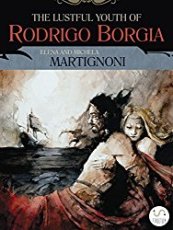 I do not appear to be a man of God. My attire—hunting boots, a tunic and heavy belt—does not announce my position within the church and on horseback I resemble a warrior still in his prime. Neither does my face carry the saintly countenance of my uncle, Pope Callixtus III. Indeed, nothing about me suggests suffering, severity, or simplicity; instead my appearance conveys good health, masculine strength, and a desire for pleasure. In different dress, my tall, muscular, exuberant self would be easily recognized in Rome, but today, disguised as a common horseman, I am able to flee, undisturbed, from the city.

I need solitude. To feel the wind in my face, to breathe in the cool briny air, to think, and, above all, to free my mind of her grief-stricken face.

Escorted by only a few trusted men, I gallop along the shore near Ostia. Wet sand splatters up onto my cheeks and hair as my steed hurls down the beach, drunken by this unexpected freedom, allowed and encouraged as I defer to the movements of the beast’s sweaty flanks. Both horse and rider left breathless with each stride. 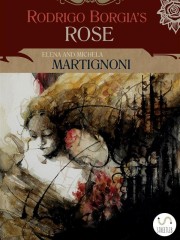 Hidden by hundreds of rose petals, my nude body anticipated my lover’s expert touch. It was May, and the roses came from my garden. I had cut only the boldest, the most perfect ones. Those that yearned to reach the sky, each petal flawless and fragrant. Only they were worthy, and enveloped my skin with a deep burgundy softness that resembled velvet.

I had prepared myself carefully, buffing my nails and heels, combing every strand of my heavy blond mane. I wanted to bewitch him with my perfection although now it seems impossible I possessed such charms. My lover had sent me a beautiful basket of plump fruits which I tasted during my toilette, biting into the mature pulp and sucking the sweet nectar. There was also light-colored wine and I drank two chalices full. It tasted of honey and left me languid.

Finally, I lay on the bed and completely covered myself with the delicately-scented petals.

A small candle burned on the side table. Gazing down at myself in the dim light, I appeared blurred and out of focus, as if I’d been drawn with sanguine, the red chalk artist’s use. I wanted my lover to pounce on me to reveal if I were made of flesh and blood or a stone goddess like the statues that decorate his palaces.